The history of the Haras national du Pin

The King chose his land....

Louis XIV founded his first Royal stud farm, for breeding horses, at Saint-Léger-en-Yvelines, around 60km west of Paris. However, despite the prestige and the heavy financial investments, the King was disappointed with the results of this Royal project.   The fields turned out to be infertile, and were too far apart,  proved to be infertile, and the horses were in poor health.

In 1714, the King entrusted his cheif noble, François Gédéon de Garsault, with the task of finding a more suitable place for breeding horses. After focusing his attention on the Brotonne forest, near Rouen, he chose the Buisson d´Exmes, near Argentan. This land was soon extended to the Seigneury of Pin, which belonged to the State Councillor Béchamel de Nointel, who agreed to exchange his estate for other property located in Picardy. On April 2, 1715, the transfer of the former royal stud farm at Saint-Léger-en-Yvelines to Buisson d´Exmes was ordered.

....to build the 'Versailles of Horses'

From 1715 to 1736, the construction of the Royal Stud farm was undertaken by two renowned architects, in the heart of the 600 hectare estate.
Robert de Cotte, who became the King's first architect following the death of Jules-Hardouin Mansart in 1708, drew up the plans for the main buildings. He had previously worked on the larger royal projects, notably  the completion of the chapel of the Palace of Versailles.
Pierre Mousseauand continued to build the new stud farm, following the plans drawn up by Robert de Cotte. He subsequently collaborated for many years with Jacques-Jules Gabriel, who became the King's architect in 1735,  during the reconstruction of the city of Rennes, which burned down in 1720.

The construction of the Stud seems to have taken place in two stages - the chateau was built between 1719 and 1724,  and the transfer in 1717 of the herd of 200 horses from the stud at Saint-Léger, suggests that the large stables were already completed by that date.

It was not until the beginning of the 19th century, with Desessart's plan, dated 1807, that all the other buildings, necessary for the smooth running of the Stud appeared, complementing the classic architecture of the Grand Siècle.

The Royal Haras was created in response to a demand for better and more efficient horses for transport, agricultural work, the military and the Court of Versailles.

The main function of the Stud was to select breeds and produce horses, the finest of which were intended for breeding.

The last years of the Ancien Régime, between 1784 and 1789, were marked by the efficient management of the Prince of Lambesc, Squire to the king and Superintendent of the administration of his stud farms, which were reorganised in 1764. By order of the King's Council on December 11 1784, the Haras d'Exmes  was abolished. From then on, the Royal Stud, the Haras du Pin, was devoted exclusively to breeding for the province of Normandy.

On the eve of the Revolution, the Royal stud had 196 stallions. In 1790, there were 40 foals, most of them unweaned, due to the tremendous dynamism of production.

These numbers was were augmented by a further 132 horses, known as "approved horses", belonging to individuals, spread over the of the province of Normandy, which was made up of the current departments of Orne, Calvados, Manche, Eure, Seine-Maritime, Sarthe and placed under the control of the Haras Administration inspector.

....until its Imperial renaissance

After a period of uncertainty, the Imperial decree of July 4, 1806 re-established stud farms and stallion depots.
The Haras d'Exmes, which was by then referred to as the Haras du Pin, was put at the head of the so-called 1st arrondissement,  which was made up of the areas of the Somme, Seine-et-Marne, Haute-Marne, Eure and the English Channel.
Although the Haras du Pin was sold as national property to private owners during the Revolution, as early as 1808, much of the land was bought back, and major repairs were carried out on the buildings at Le Pin.

A priority was to repopulate the stables: Norman mares and English thoroughbreds, who were appreciated for "their face and their legs", were chosen.  In January 1814, this herd from the Borculo stud farm, came to replace the elderly, sick or missing horses.

The Haras du Pin regained its purpose and initiated the influence it was to have for almost a century on French horse breeding.

After the fall of the empire, some remnants of which can be seen during the visit, the Haras du Pin became the national stud again. With its emblematic site, it was the best known Haras of the network of National Studs in France.  These nationally owned farms then became part of the French Institute of Horse and Riding, following the merger between the National Haras and the National Riding School - the Cadre Noir de Saumur - in 2010.  The Haras national du Pin, as it is known today, has evolved in its objectives and activities. The historic buildings still stand in the middle of the Estate, and over time, have been added to and improved, so that the Haras national du Pin, more that 300 years after its creation by the King, has its place in the history of this beautiful region of France.

History and architecture: the Haras du Pin at the heart of Normandy's heritage

The Haras national du Pin is open to the public for visits to the historic stables and buildings, the collection of horse drwan carriages, and the tack room...

Why not come for a weekend in Normandy, and discover one of the most wonderful visitor sites - a  Versailles which still has its King, THE HORSE!

The history of the Pin National Stud in images 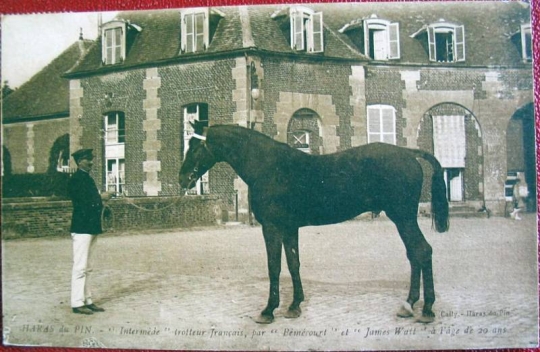 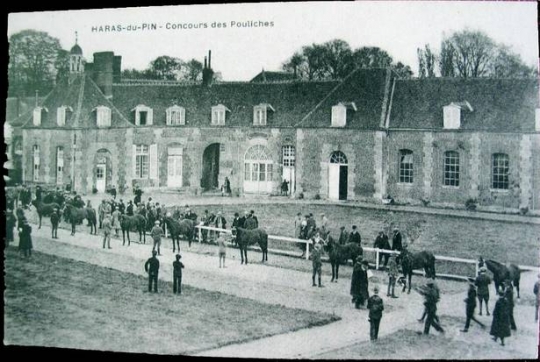 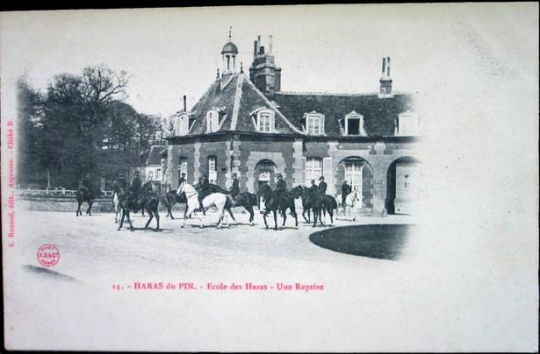 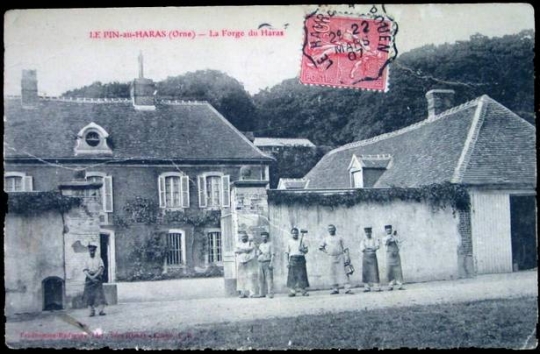 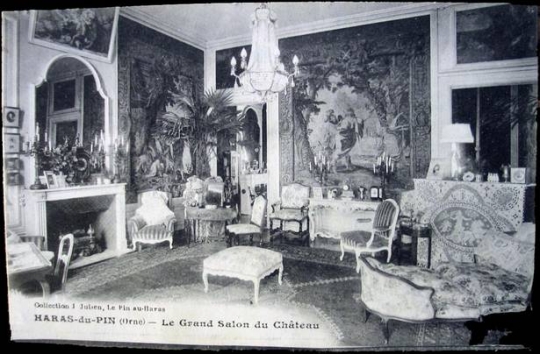 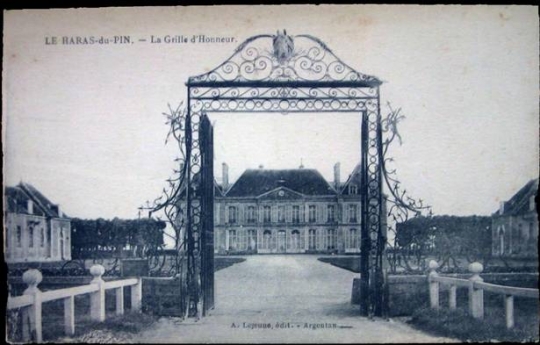 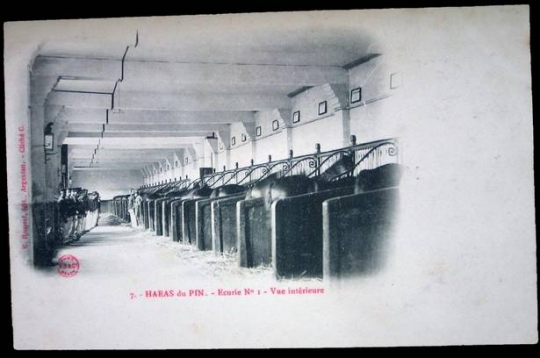 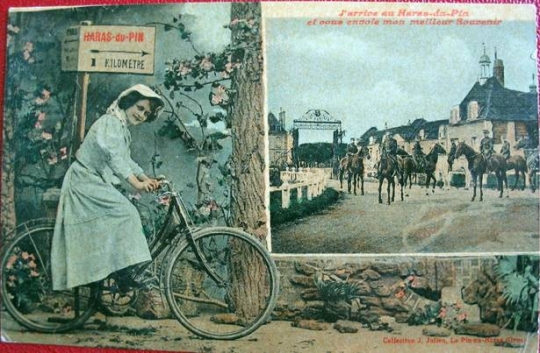